Are you ready for the November 2012 Election?

By now, you have probably heard enough information about the November 2012 election to turn you blue in the face. I’ve heard some say they wish this election season was over and it’s only August!

However, this election season is crucial. Not only are we (re) electing the President of the United States, but there are important issues to decide upon locally as well.

In California, we have 10 new propositions including a re-evaluation of the 3 – strikes Law, getting rid of the Death Penalty, and deciding if we want to tax the wealthiest in order to help support education. We also need to elect new state legislators.. and decide whether or not a governing body can re-draw county boarders. This is not only important to Californian’s but the rest of the country, because what we do here is often modeled in other states.

In Alameda County, we need to vote for 2 Council members, an auditor and a treasurer.

In Oakland, we get to elect practically a whole new City Council – something that local policy nerds and a large portion of residents are really looking forward to. Districts 1 (North Oakland, Temescal, Rockridge), District 3 (West Oakland, Downtown Oakland and Adam’s Point), District 5 ( East Oakland like Fruitvale), District 7 ( Deeper East Oakland near San Leandro) and Oakland At-Large are up for grabs.  We also need to vote for a new City Attorney and School Board Directors for Districts 1, 3, 5, 7.

Phew!  A lot to decide about.

However you can’t decide on any of it unless you are registered to vote.

Why is it important to vote?

Some people feel that voting isn’t important and in the end your votes don’t count. It’s easy to feel that way, because often when you do take the time to vote, you may or may not get what you wish, causing you to walk away feeling that it was pointless. I would like to propose some reasons why voting is really important.

1. If you care about history and have any kind of reverence for your ancestors at all: you

should vote. I’m not going to give you a history lesson behind voting and the trials and tribulations that people who have came before us (that includes males, females, races and ethnic groups of all kinds) to secure you the right to have a voice in how our society is run. Just know that people fought and died for your rights. Respect that.

2. If you care about social issues in your present life.. You should vote.  Do you care if your child gets an adequate education? Do you care if people can be sent to prison for life for being caught with marijuana 3 times? Do you care if your district is mainly Democratic or Republican? Are you concerned with the level of crime in the city of Oakland and whether or not you should be taxed yet again in order to supply the city with police protection? Want to make sure your vegetables are truly organic and come from local farms? If so, you should vote. 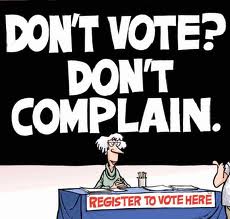 3. If you like to complain about things and want people to listen and take you seriously instead of rolling their eyes and telling you to be quiet, you should vote. Voting is the most official, and productive way to complain there is. REAL complainers vote..and if you have any pride in your complain game you should vote in every election there is.

Being a voter is great and the responsible thing to do. However, sometimes voting isn’t enough to create real change. Some cynical Sues and Sams out there already know this and remind folks about it every election season, so here is something else you might want to think about.

Why it is important to be an informed and informing voter, despite sketchy results..

Here is the thing. We live in a society where quite frankly, the majority rules. You might think that it’s money that rules and  money does have great potential to shape things, but imagine what a little bit of research and responsible decision making by the majority can accomplish? A lot.

Wealthy position holders can plaster tv and radio with ads sharing their opinions all day, but word of mouth can be just as powerful. A broad game of “Telephone” can sway an election like no other.

Some folks aren’t willing or have the time to do analysis of issues. That’s fine. But maybe you are. Maybe you will read your registrar packet. Maybe you will Google a measure that is confusing. Maybe you will do more than just listen to commercials you see or hear, but pay attention to who is paying for those commercials and what their agenda is. When you do so, tell a friend who can’t do that kind of research. Talk about it over coffee, while playing on your Wii, or jogging around the Lake.  Share what you have learned, be informed and be an informer. The more you talk about it, the more likely the listener is going to vote. Whether they agree with you or not! If everyone talks with just one other person about the issues..can you imagine how powerful that would be? 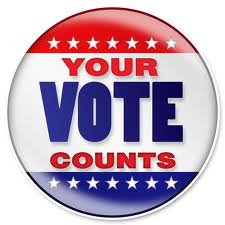 The more knowledgeable about your vote you are..the more democratic and fair the process is. Even if your vote doesn’t produce the results you are looking for, you will feel good about your decisions and you won’t be as frustrated about the process.  Also, if you do your part to educate your neighbor, you will know that decisions were made responsibly and not because an individual voter didn’t know which option to pick. People actually vote that way, and that’s a little scary if you think about it.

Plus, when you complain, folks will listen!

The simplest answer is registered citizens. Things are rarely as simple as that, and there are currently real efforts to make sure some voters don’t make it to the polls. #sigh

In California, we don’t have such concentrated efforts,  YET, there are people who can register to vote but haven’t done so for some reason or another. Who are those people? 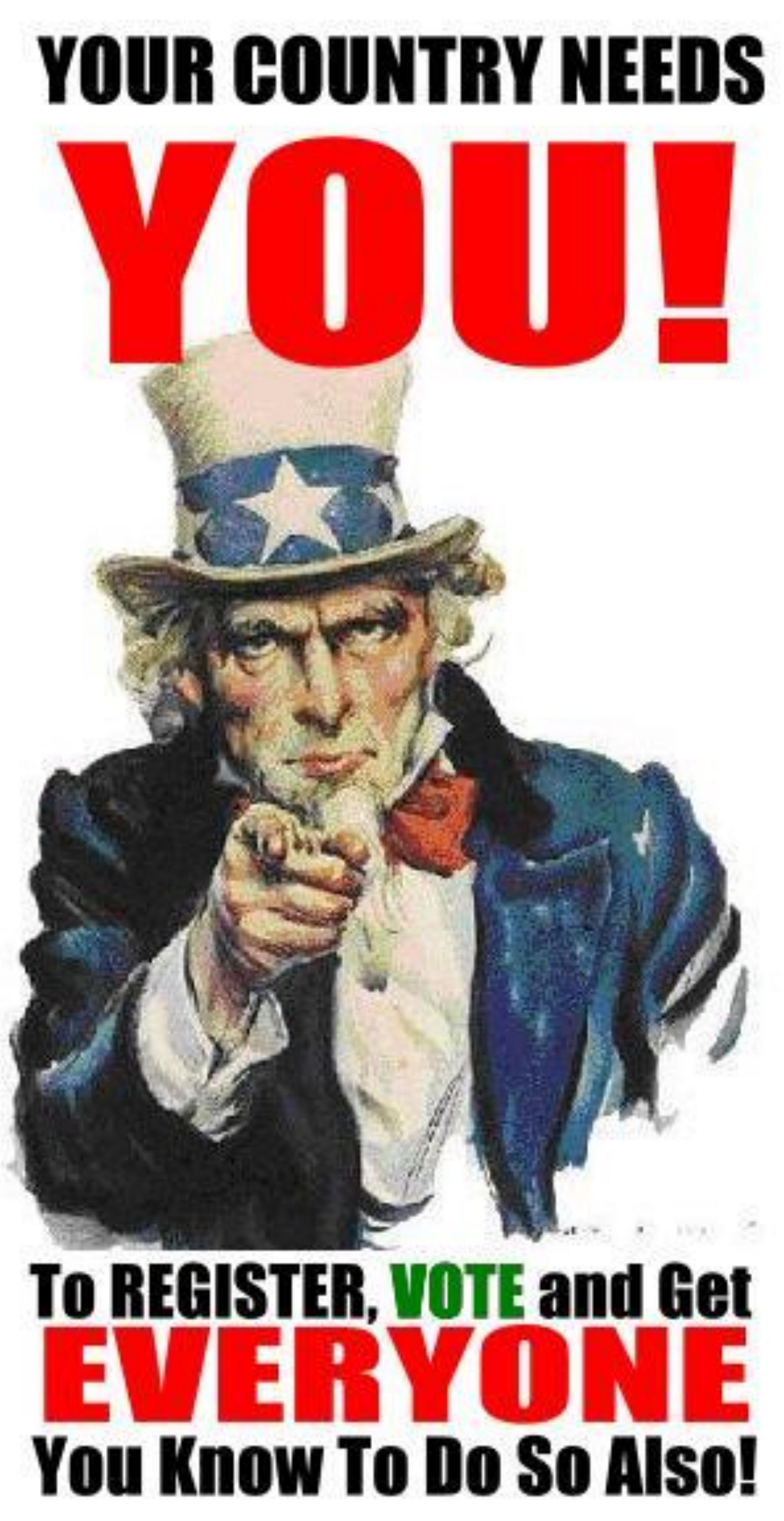 If you know someone who is in this situation, tap them on the shoulder and say “Hey? Have you registered to vote yet?” Get to it!

Send them to these websites. They don’t have computer access? You do..you are reading this blog right? Share it with them!

State Registrar: You can find information about state propositions, who is running for office and local rules and regulations about voting.

Rock the Vote: help register young people and educate them about the importance of being heard this election cycle!

GottaVote.org: Register to vote, get information on what you need to bring and sign up for important reminders.. (this is paid for by the Obama/Biden campaign btw).

REGISTER TODAY: You have to have your registration post-marked by Oct. 22, 2012 to be eligible to vote in November!!

I am going to try to attend local candidate forums and write about the 10 CA propositions. So check back here for more details and share them with a friend! Let’s all do our part to make sure everyone is an informed voter this election season!

What’s your opinion? Why do you feel it’s important to vote? Any issues you are excited about? Got a crazy story? Share!