Open Government: OpenOakland, CityCamp and Me.

The past several of weeks I have been posting about OpenOakland  and CityCamp on my Twitter and Facebook accounts. Enthusiastically championing open government and literally geeking out over Engage Oakland.

Well let me tell you.

Remember back in January 2009, when President Barack Obama made a promise that he was committed to making sure his administration was open and transparent and started an Open Government Initiative for the White House? Of course you do because he talks about it ALL the TIME right?

Okay so maybe you don’t know the specifics, but you do know that Pres. Obama has opened up to America in unprecedented ways. Sharing Photo’s of the Day via Flicker, having multiple Twitter Accounts, Facebook pages, being a guest on late night talk shows, engaging in random live chats on Reddit.com, you name it he has done it. So yeah maybe some policy decisions aren’t quite 100% clarified in a timely fashion (ACA, Osama Bin Laden, Benghazi), for the most part Obama and his office are pretty accessible in comparison to other administrations.

The Open Government Initiative really just wants to make sure that we as taxpaying citizens can have access to information in regards to how the govt is spending our money and how we can be engaged in policy decisions (through greater openness and new technology) that effect us.

Some Open Government results include 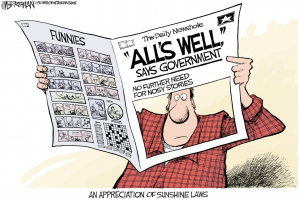 The President doesn’t want this idea to only work for the Feds..he wants open government to happen every where down to local cities!

Code for America brings people who like to do technology stuff (like coding and what not) together with city governments to create a community that shares ideas and engages in the political process in new and exciting ways!

Their goals are as follows: (ganked directly from their website) 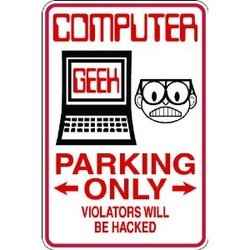 Oakland is open to being Open!

The city of Oakland applied to be a Code for America city. Despite what you may think (and behavior of some city representatives), the city of Oakland wants to improve community relations between residents and the city. Oakland applied for Code for America Fellows in order to (among other things) set the city set up for Government 2.0, educate city workers and elected officials on the benefit of open data and collaborative frameworks and to increase citizen access to data and government documents and therefore spur civic engagement.

And guess what? We got it! Oakland snags 2013 Code for America city fellowship!! (Thanks to Oakland Local for the assist)

and a new group has formed…

OpenOakland is a  voluntary group of technical coders and hackers who want to help the city of Oakland get into shape. Most of the people in the room are professional techs who talk in a language I can barely understand 99% of the time (what is a github?), but we share a common goal of wanting to increase civic participation.

I don’t code. I don’t work in city government. However, I hella love Oakland and I want to see it thrive. I’m nosy as all get out and have little to no life, so I go to government meetings and share via twitter and this blog what happens. If I want to download a document or data set to figure out things, I think I should be able to do so with ease, right? Word.

It’s your turn to participate: Come to CityCamp!

CityCamp is a daylong conference that allows you the opportunity to connect with city government and brainstorm ideas to improve civic engagement. The meeting will be held in Oakland’s City Hall, Saturday, December 1st from 9-6 pm. It’s free and includes breakfast, lunch and happy hour!

I’m going to be there, live tweeting, taking pictures, being nozy..just doing what I do.

But you should come!

If you care about the city of Oakland and want to do more to help it thrive..you should come.

If you can’t make it there are still ways to participate.

I hope to see you there!

In the meantime.. how does this post make you feel? Excited about open government or skeptical? Is your city a Code for America City? What cool things have you been able to come up with? Got some ideas how to improve city of Oakland? SHARE!!